Last Monday, March 2nd, Community Board 9, the West Harlem Development Corporation and the HDFC Coalition hosted a Town Hall for shareholders in affordable HDFC co-ops, whose homes are now being threatened by newly proposed State legislation.

450 HDFC homeowners participated in a real Town Hall meeting and learned more about the threat from Assemblyman Harvey Epstein’s proposed and drafted bills and agreed to join forces to fight back.

Tens of thousands of lower-and middle income New Yorkers could lose their privately owned HDFC co-op apartments under legislation being proposed in Albany this session by Assembly Member Harvey Epstein, a Lower East Side Democrat.

Mr. Epstein’s bills represent “a taking” of our property, and would effectively convert 30,000 private homes to public housing. This after thousands of New Yorkers invested decades of their lives, hundreds of thousands of dollars in personal funds and years of sweat equity in their HDFC co-ops to achieve the American Dream.

These HDFC homeowners acted in good faith and relied on contracts they signed with the City of New York, when the City was desperate to offload thousands of abandoned buildings following the Fiscal Crisis of the 1970s.

The draconian restrictions on income and maintenance payments in Harvey Epstein’s bill (Page 6, lines 5-7 of the Proposed Bill ) will eventually leave many HDFCs bankrupt, resulting in them once again facing foreclosure and being turned over by the City to so-called affordable housing developers.

Homeowners who spent decades building up their equity will lose all their generational wealth, impoverishing them and their children, and end up as renters with no security of tenancy.

Swiping the deeds of minority homeowners:

If passed into law, these proposals will effectively swipe the deeds of tens of thousands of homeowners, many of them Black, Asian, Latino, senior citizens and immigrants, and all of them hard-working New Yorkers.

Our group, the HDFC Coalition, advocates for approximately 90,000-lower, moderate and middle-income New Yorkers living in 30,000 privately owned HDFC co-op apartments across the City. We’re concerned that Harvey Epstein’s new series of bills, apparently intended to maintain the affordability of our homes, would in fact have the opposite effect.

The bills propose drastic changes to the laws governing our homes, and HDFC shareholders are furious that they were never informed, let alone consulted, before these bills were drafted. They are also scared that these bills will take away their homes, and make their buildings wards of the state.

A09608 - Establishes the office of the HDFC cooperative ombudsman:

We strongly oppose this bill introduced by Assemblymember Harvey Epstein on January 27, 2020. The bill doesn’t really create a true ombudsman, it creates a state office to contract out enforcement of an amended Private Housing Finance Law that governs HDFCs and that has yet to be introduced. That new law, whose draft terms were kept hidden from HDFC homeowners, is draconian. The HDFC ombudsman bill is also oddly overreaching, as it takes enforcement away from the legal supervising agency (NYC HPD), and hands it to private contractors hired by the attorney general.

This January 6, 2020 draft bill by Assemblymember Epstein uses a flawed 2015 guidance document from the office of the Attorney General, and seeks to put our private homes under permanent government control. Mr. Epstein’s bill is even more onerous than S6543 (see below).

This 2017 bill also would have put our homes under government control and was introduced by State Senator Betty Little, at the request of Mayor de Blasio. It was dropped, or stricken, after HDFC shareholders made phone calls and wrote letters opposing the bill.

Other provisions of Assemblymember Epstein’s bills, such as enabling HPD to appoint monitors, change our certificates of incorporation and replace our boards of directors are not only of dubious legality, but would effectively turn our homes into public housing, administered by the City of New York. Moreover, with no funds from the City to maintain the buildings, the responsibility, burden and cost would remain privatized on the backs of HDFC shareholders. The result: property rights and equity would be stripped from 30,000 New Yorkers and handed to the City and politically-connected housing groups.

The legal issues revolve around the fact that HDFCs have been formed with an expressly limited duration for income restrictions and tax breaks. Ten years at first, and during later conversions, 15 and 25 years. At the end of the restrictions, HDFCs are allowed by the terms of their sale contracts, certificates of incorporation and state law, to become regular co-ops. They lose the HDFC tax break and are instead eligible for the Co-op and Condo tax abatement.

While most HDFCs have no intention to leave the program, and in fact cannot afford to do so as their shareholders are of limited income, it is the right to convert (much like the right to divorce in a marriage) that keeps the relationship with regulators balanced, ensuring that continued tax relief for HDFCs is not coupled with new regulations that would bankrupt the co-ops. The right to convert to a regular co-op is effectively discarded in AM Epstein’s bills.

Most troubling is that Assemblymember Epstein’s bills were not drafted in consultation with HDFC shareholders, or by looking at the challenges actually facing HDFCs, but rather the bills were written with the backing of affordable housing developers, government contractors and their $900-an-hour attorneys.

Decency and respect demand that Epstein take the time to meet with HDFC shareholders across the City, and listen to their concerns and needs before drafting legislation. In fact, we at the HDFC Coalition have been doing just that for the past four years and have drafted our own legislative proposal. We shared that with Mr. Epstein several months ago, but have received no response to it.

The lack of transparency (he never announced these bills to the HDFC community) and consultation defies the democratic process.

Harvey Epstein’s proposal with our explanation, our proposed bill, a memo to the Attorney general about one of the underlying legal issues affecting HDFCs, and some basic Q&As and documents explaining the situation facing HDFCs, can be found on our website at http://www.hdfccoalition.org
Read More 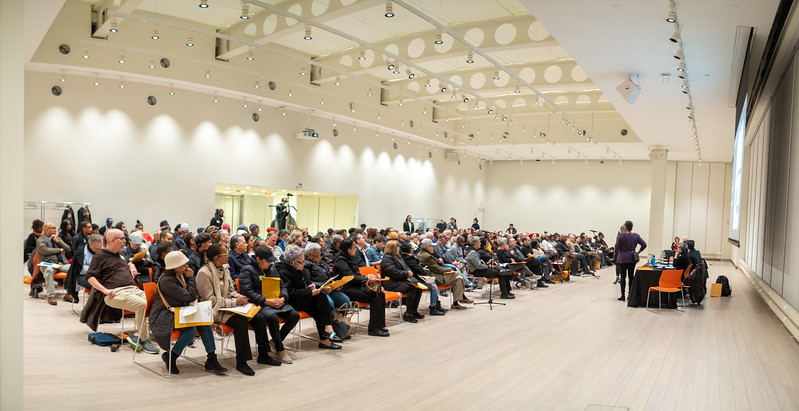