Following sold-out and standing ovation engagements at The Public Theater in NYC, Segerstrom Center for the Arts in Costa Mesa, CA, Ann Arbor Summer Festival in Ann Arbor, MI, and Cara Mía Theatre Company’s Latinidades Festival at the Latino Cultural Center in Dallas, TX, Pregones/PRTT’s acclaimed production of Flaco Navaja’s EVOLUTION OF A SONERO returns to its home at Puerto Rican Traveling Theater for a strictly limited NYC encore run!
“I be the son of hardcore South Bronx Puerto Rican nationalists. An aguinaldo, bomba y plena, salsa, rumba singing actor-activist.” This self-declaration opens celebrated poet, actor, singer, all around entertainer, and Pregones/PRTT ensemble member Flaco Navaja’s first full-length play. Part coming of age story, part love letter to salsa and The Bronx, Evolution of A Sonero delivers a testament to human resilience in a spirited concert theater tribute. Backed by five world-class Latinx musicians in the role of The Razor Blades band, Flaco Navaja draws from Héctor Lavoe, The Doors, KRS-1, and many humorous friends and family that shaped him.
Cannily directed by Jorge B. Merced to showcase the artistry in its storytelling, the charisma of each of its characters, and the collective talents of its cast, Evolution of A Sonero is as much about Flaco Navaja’s creative evolution as it is about the cultural mix that makes our América great!
Performed in English and Spanish, for the first time with dual language supertitles.
Encore run produced by Pregones/PRTT in collaboration with Ben DeJesus. Evolution of A Sonero was developed with support from Pregones/PRTT’s Step Up Artists in Residence initiative, funded by The New York Community Trust.
—–
Praise for Evolution of A Sonero:
“A boiling, bubbling stew that puts out a tantalizing aroma that will have you dancing in your seat, laughing, groaning, humming, and clapping.” –The Front Row Center
“Navaja dominates the stage with his beautiful voice, irresistible smile, and dynamic talent for impersonating the people from his life with loving humor.” –TheaterMania
“This complex performance tells the story of a neighborhood and its people. It is formatted as the various musical parts of the rumba, right down to ending with a coda.” –Theater Jones
Read More 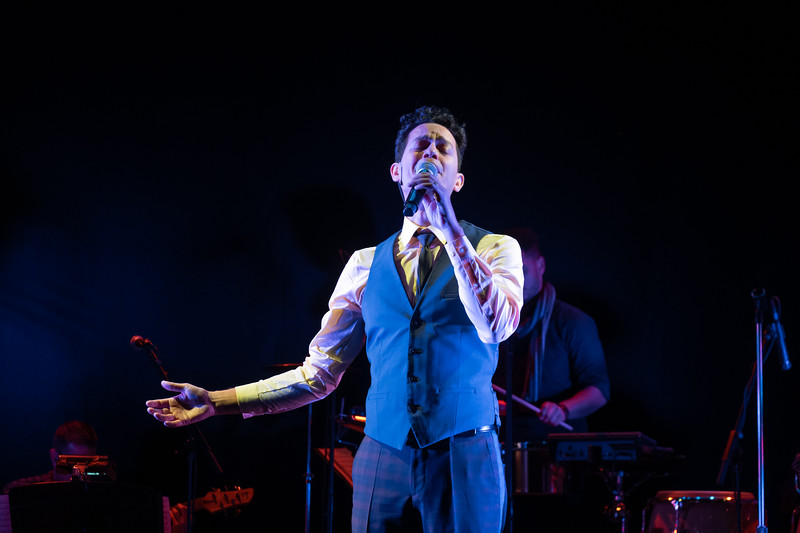